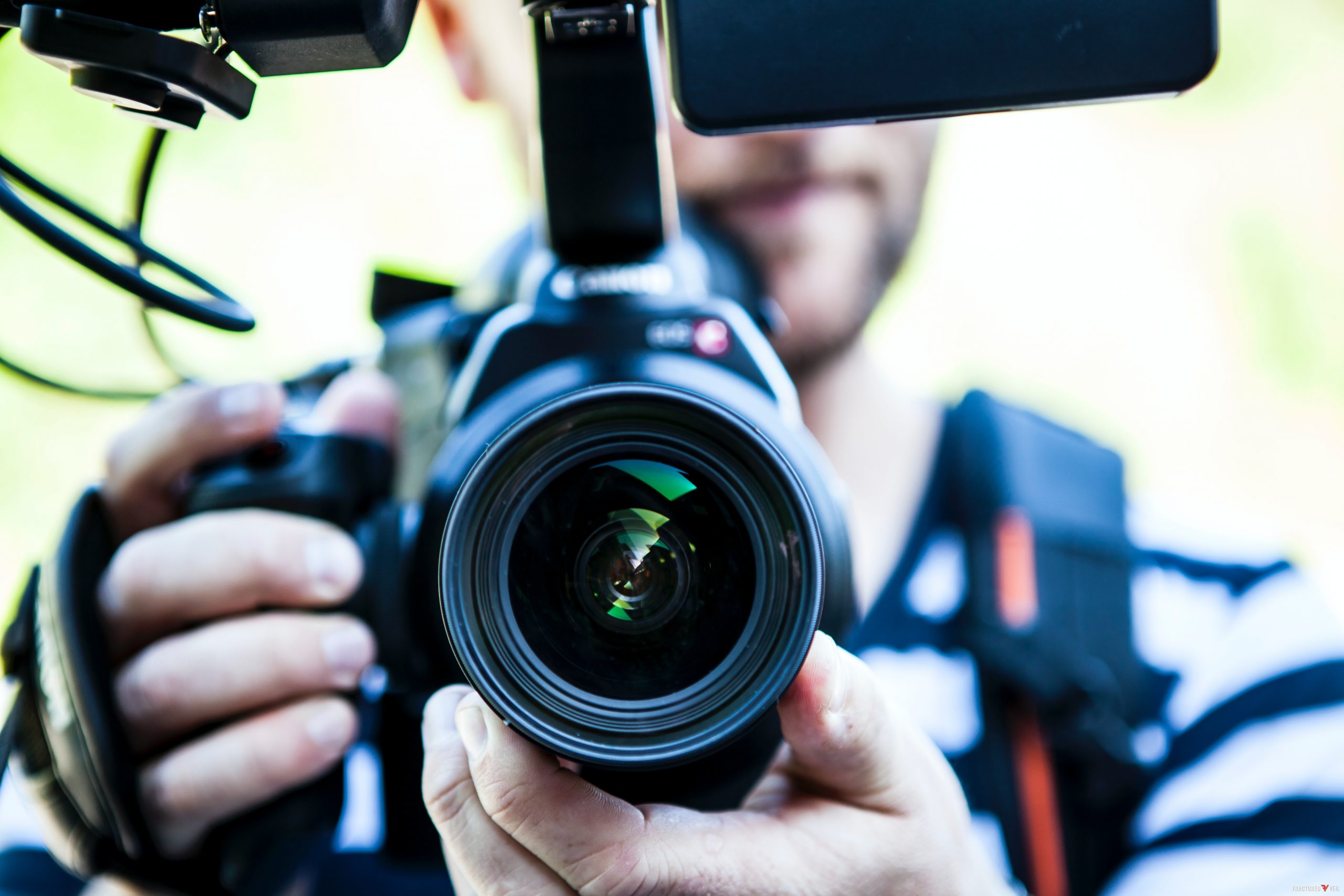 The past year has been a rollercoaster for Veilcorp. The terrorist attack at a company Luau this past spring led to a small decline in gateway travel and questions about safety. The remarkable recovery of Eric Oeming and his return to Lahaina was the feel good story of the year. However, rumors began to surface that the Veilcorp founder’s condition was far worse than first reported and his refusal to make a public appearance fueled the flames of speculation.

Then the company instituted a controversial Lahaina travel ban on certain members of the press, which is still being fought out in the courts. It was with this backdrop that Lisa Hunt was appointed COO and took the stage. Many saw the company as a runaway train sure to jump the rails, but Hunt has kept the company moving forward.

Hunt began her career at the company as Eric Oeming’s first product lead but her humor and blunt communication style soon saw her also filling the role of company spokesperson. Even though she acted as the official voice of Veilcorp for years, most of the public knows very little about the new COO. Despite the current media blackout, The Lahaina Advertiser reached out to the company and asked for the opportunity to talk to Hunt and allow our readers to get to know her better. After some negotiations she agreed to answer 10 prescreened questions. In a Lahaina Advertiser exclusive, we are happy to present 10 questions with Veilcorp’s new COO Lisa Hunt.

LA: You were part of the famed original 24 employees. Can you tell us what it was like watching the company grow as large as it did? Did you have any idea it would be so successful?

Hunt: I guess the cliche answer is to say that we had no idea, but the fact is success always seemed certain. You have to remember that our story is different than most fledgling businesses. For one, we had the most brilliant person to ever live as our founder and a technology that was so amazing that it was the subject of countless sci-fi stories. We also did much of the groundwork and research while working under various grants. We never went through the phase where we all had to live in the same house, pooling our resources to get enough money together for a pizza. We had a huge head start, smart employees, and great ideas. Having said that, it could have gone wrong a million times. I don’t discount a good portion of luck in every success story. We were very lucky.

LA: Being a woman in a tech company must present a number of difficulties. These must be amplified greatly by the gigantic shadow that Veilcorp casts. What’s it like being a woman in charge of the largest corporation that the world has ever known?

Hunt: Not being a man I can’t really answer that question completely. I know for sure one of the differences is that men don’t get asked what it’s like to be “a man in charge of X company” in interviews. I get asked this question a lot but I honestly don’t think about it much. Maybe the culture we have here is different than most, but we employ a lot of women because they’re smart and good at their jobs. That’s what I like to focus on, being a good COO, and shouldering my responsibilities. I’m sure there has been times that someone has discounted or underestimated me because of my gender, but I left them in the dust behind me with their outdated thinking.

LA: You have a reputation of not pulling any punches in interviews. You once referred to the International Transportation Coalition as the “International Brotherhood of Buggy Drivers.” You routinely make fun of those who aren’t technically literate and are known for being brash. A whole meme industry has been built around some of your quotes. Do you think this communication style serves you well, and do you have a favorite meme?

Hunt: Like the previous question, this is something that I’m sure men never get asked. It has always struck me odd that telling the unadulterated truth is considered a risky move. Science is based on facts and I’ve always believed that agreeing on some common facts was very important when communicating with others. I think most people learn very quickly that I don’t beat around the bush. It saves time and lets us get right to work. I have no doubt that I’ve hurt feelings at some point, but I think overall, direct communication lets you level set quickly. Yes, I have seen some of the memes with my quotes. I can’t confirm or deny that there are a few framed in my office.

LA: Are there any projects on the horizon that you can talk about?

Hunt: We’ve announced a few spinoff projects at the beginning of the year. We’re doing some exciting work with new battery chemistries for electric vehicles, and have a reef restoration project that we are very committed to. We’re also exploring a number of interesting educational initiatives. Of course we’re always working on ways to make Veil travel safer, more efficient, and a wonderful experience for our customers. I can’t get into details for obvious reasons, but I think we are going to display some amazing innovations before the year is done.

LA: Why the media blackout/restrictions? Did you expect the level of backlash and the lawsuits?

Hunt: It became clear quite quickly that the media circus around Eric’s return home was getting out of hand. People with fake credentials tried to get into our facilities in the hopes of getting pictures. People were renting helicopters and hovering above his house. There were so many drones in the air that we saw a reduction in power production from our solar collectors. We felt it was in Eric’s best interest to lock things down a bit. It was becoming a serious security concern. You have to remember as well that Eric is still recovering. I have a duty to help the rehabilitation of our company founder, my dear friend, in any way I can. I don’t have the same obligation to someone hiding in the bushes with a camera, hoping to snap a picture of Eric getting ready for bed. The thing about people who do the wrong thing is that they don’t like being told they’re doing the wrong thing. We expected some sort of crying from the media. The lawsuit didn’t surprise me at all.

LA: What is your favorite and least favorite part of the job

Hunt: It may sound hackneyed but I’d have to say turning dreams into reality is my favorite part of the job. There are some young people who will read this who never knew a world where instant travel around the globe wasn’t a possibility. Just think about that for a minute. Veilcorp turned something dreamed about by many, into an industry in less than a generation. It is truly amazing. My least favorite thing has to be allowing others to take care of details. I’m used to being the one who keeps track of every little detail including schedules. There’s just too much work for me to have a direct hand in all of that now. I thrive on order and there was a learning curve that I had to overcome when it came to handing over some responsibilities.

LA: Do you see Eric and how is he doing?

Hunt: I’m not going to say too much about Eric. Yes, I see him every morning for breakfast in our cafe and throughout the day. He is still recovering but is doing well. He has resumed his research. The lab is his natural environment and I’m sure getting back in the swing of things will only help him along. We are very glad to have him back!

LA: What have you taken from your predecessors and what new have you brought to the table?

Hunt: Eric used to host an idea hour in his office at the end of every week. Nothing was off the table. I’m sure you expect to hear about how many great ideas were born from that hour. Honestly, a few innovations were born there, but what it really did was bring us together. That camaraderie is what led to the greatest breakthroughs. When you’re truly not scared to share ideas you get great ones. I continue that tradition because I think it’s vital to our success. Personally, I have an eye for efficiency and details. I don’t like to waste time and I think my leadership allows us to make decisions more quickly than we have in the past.

LA: You were appointed COO during a tough time for the company. Before this appointment you had never run a company or served on a board. There were many who didn’t think you’d be successful. What do you say to those who said you couldn’t do it?

Hunt: I’d say they took the information available to them and made an educated guess. It just happened to be wrong in this case. I try not to let other’s opinions guide my day to day vision for the company. If I had allowed myself to take in all the criticism I would have curled up in a corner and never opened my door. I worry about what I think and what my coworkers think. Those are the only opinions that matter to me. That said, I’ve engaged with Art Pua’a and we try to coach each other on those aspects of leadership we consider in need of development. That’s been really helpful.

LA: Where do you see Veilcorp in 10 years and beyond?

Hunt: Who knows what breakthroughs we’ll eventually make. Assuming that we don’t figure out how to send our consciousness to different parts of the world without our bodies… space maybe. I can see a future where we systematically explore the reaches of space using an universal veil system expanding in all directions. If we can nail the power problem, we could veil to other locations in the solar system without appalling expense. We have an idea, but there’s not enough 127 to make it work yet. In the near future I think most of our innovation will come in the form of making travel more efficient and less power consumptive. I think we’re still more than 10 years away from having a personal gateway in every home, but that is the direction that seems most likely to me.