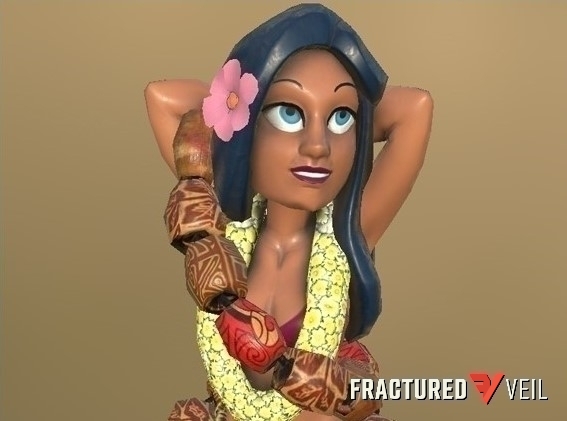 If you love your family DO NOT buy this product!!!!!!

I’d like to start off this review by stating that we are moral people who not only speak about family values, we live them. But this gyrating harlot idol was almost the end of us.

My parents had planned a 50th anniversary trip to Hawaii for a few years, and I thought it would be neat to get them something for the trip. After talking it over with the other gals at the hairdressers, I decided on something a little risque but fun, a hula girl. It arrived very promptly and the issues began almost immediately.

Her skirt was pulled apart in an indecent manner by the bubble wrapping and her bosom was so ample that it made my 16-year-old blush as I unwrapped her. Worse still was the vulgar smile painted across her face. The product pictures showed a cute little grin, and not the curled red leer that I was looking at.

My son soon began to have an unnatural attraction to the toy. I can’t count how many times I’d come home with groceries to find him pushing on her belly and sitting hypnotized by her gyrations. Then she “malfunctioned” when he played with her. She bent over at the waist and stayed there. At the same time, her head tipped back with it’s painted, hungry grin. There it sat in front of my son staring him in the eye, with a direct look at where her demon purse should be. I almost dropped my coffee.

I grabbed it and brought it into my bedroom. When I calmed down, I set her on the nightstand and pushed her. I shook her, held her upside down, anything I could think of to make her “malfunction” again, but she wouldn’t. I put her in my closet to think what to do next. I didn’t tell my husband when he got home because I didn’t want to worry him. I figured we’d just have a nice evening together and deal with the ugliness in the morning. I should have known better.

When I woke up that night, the first thing I noticed was that Frank was not in bed. I saw a light in the bathroom and asked if he was OK. When he didn’t answer I got up to check. I found the bathroom empty, but noticed that the counter was covered in what looked like brush bristles. When I looked closer, I discovered that they were actually tiny plastic blades of grass. I felt my stomach drop and the panic started again. I looked out the window and saw that someone was in the garage. I ran downstairs and opened the garage door. What I saw horrified me.

Frank had his back to me facing the shelves. At eye level, there she was “malfunctioning” again. Bent over, head looking over her shoulder, smiling crude promises, she remained for a few seconds as I called his name. Finally, he turned around and I could tell he didn’t know where he was. Behind him she returned to her normal posture. I marched right past him and grabbed the plastic homewrecker. I took her straight out to the garbage can and put her where she belonged, with the other trash. I went back inside, told Frank to get to bed and grabbed a beach chair. I sat out there until the morning when the garbage man came. I knew I couldn’t chance it.

We’re still getting over the ordeal. My son’s grades have slipped a bit, but I understand how confusing all of this was for him. Society has no shortage of tantalizing traps for young men, I blame myself for bringing another temptation into our home. Frank and I are working through it. He says he doesn’t remember much, and I am thankful for that. Needless to say mom and dad went to Hawaii without anything but our good wishes. Please don’t make the same mistake as I did, by buying this flowered family killer!