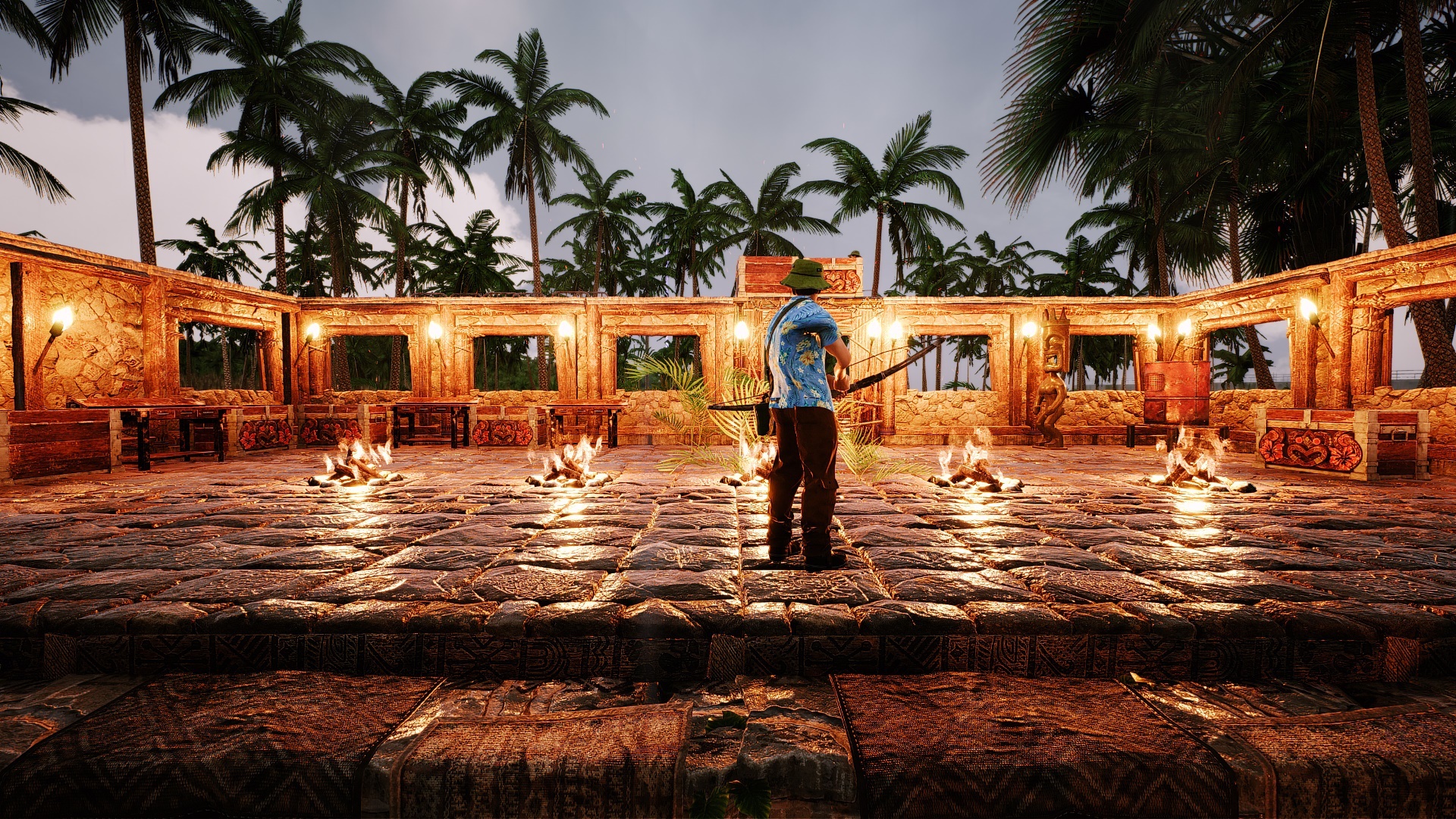 They say the best defense is a good offense but sometimes a strategic retreat is the only option if you want to survive the deadly wilds of Lahaina. With some feedback from players in our test sessions, we made a few improvements to movement and medical gear in the game.

Items now apply a speed modifier while they are being used by players whether they are walking or running. Contrary to what you might have heard you don’t run faster with a construction tool in your hand.

We also made bandages usable while a player is moving, although their sprint speed will be reduced 25% while they’re making sure they don’t bleed out.

While we were fixing running away, we addressed a few issues with combat. First, we fixed a bug that would allow a player to shoot behind them when in 3rd person.

Next, we fixed a long-standing issue with thrown weapon damage. One shot one kill might be exactly what you want as a sniper but it makes for a pretty lousy game experience. We adjusted thrown weapon damage removing one-hit-kill shots on the animals and mutants as well.

Some of you reported a crazy bug that would cause someone interacting with a bed to find themselves auto running. This doesn’t exactly lead to a restful sleep so we fixed the sleep runners and we also added proper collision to the rear doors of trucks.

Players hiding inside should be able to count on the doors acting as a barrier between them and the arrows being shot at them again.

We’ve spent countless hours building and adjusting our construction system and we recently fixed a batch of bugs found by our community. We started with fixing a bug where players could place items on support beams on thatch foundations.

We addressed an issue with some construction pieces that resisted being upgraded and a bug with building regeneration making floors that weren’t solid. We appreciate your help in making sure our building system stays up to code (even if you’re still not totally ‘safe’).