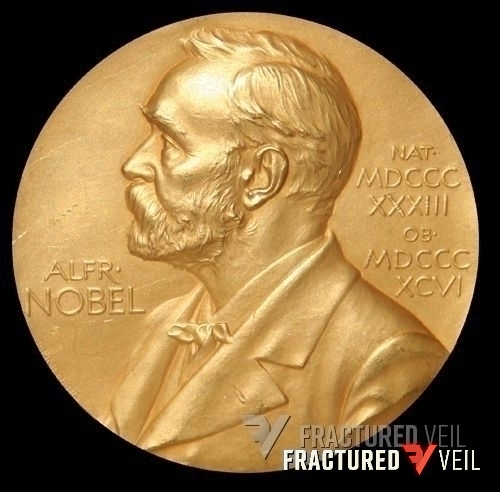 The 2030 Nobel Prize for physics has been awarded to Dr. Eric Oeming for his work on Unbiseptium (127) synthesis and containment.

Oeming’s work began 8-years-ago under auspices of the Next-generation power authority of the U.S. Department of Energy in Detroit, and has led to the revolutionary Gateway technology. According to a statement, he plans on donating the eight million kronor prize money to a number of science and educational charities.

The announcement is perhaps one of the most controversial in Nobel history with critics pointing to accusations of reckless practices, environmental damage and government collusion with the Veilcorp corporation. The company vigorously denies these claims, saying they follow all applicable laws and regulations and take environmental concerns very seriously.

Unbiseptium research was briefly banned in 2023 after an accidental release of the particles destroyed crops and led to the mass evacuation of thousands in Iowa. Many called for a permanent ban on the experimentation but Oeming continued study under the supervision of the U.S. government through Veilcorp.

In the past 4 years the company has shocked the world with its amazing Gateway technology which allows the instantaneous transport of goods and people across great distances. The U.S. government’s involvement has only increased since the first tungsten cube was transported a little over 2-years-ago. The GAO says that almost 8% of government contracts are now fulfilled by the company. Oeming has been at the helm of the company since its inception.

Dr. Oeming brought his newborn daughter Alohi on stage to help him accept the award. He said, “This award proves that science is ready for the reality of this technology even if some others in society aren’t. We must not let ourselves be slowed or pulled down by the weight of doubt and small-minded thinking. This technology will create a new world for my daughter and the generations to come. It is important to remember that we must crawl before we can walk. This is the dawn of a new age and this science is no longer in its infancy. I will continue to do my best to help mankind walk through the gateway of understanding.”