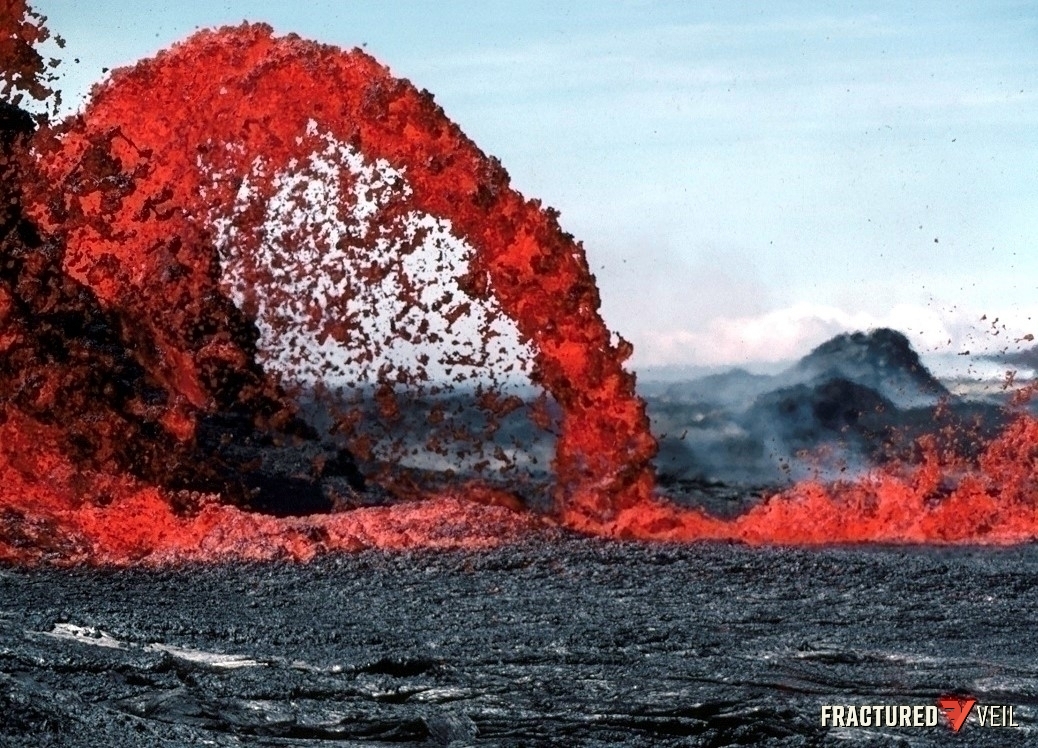 There’s no doubt that some of the most gorgeous properties on the big island are in the Puna, Kua, and Kona districts. The near perfect weather, breathtaking views, and surprisingly affordable home prices may make the areas seem like a dream come true for those wanting to own a bit of Hawaii’s beauty. However, they are not without one big danger. Much of the area is located within lava zones, making the prospect of losing not only your home and possessions, but your life as well, a real possibility. Worse still, is the fact that during an active lava flow, it is up to most homeowners to gather their things, and make their escape on their own. But a new high-risk, emergency moving service is helping property owners facing a complete loss a chance to save some of their most beloved items.

Randy Wilcox, star of the hit reality show Veil Sale, where he and a partner purchase abandoned freight and forgotten luggage at Veilcorp warehouse auctions, has come up with an emergency moving business, specializing in servicing those in the path of lava. “I don’t like to do anything unless it stimulates me. I would never work for a traditional moving service, with all the packing and scheduling, but ‘Go With Dah Flow’ is different. It’s the first moving service of its kind, and the best hope for people facing the prospect of watching everything they worked for, disappear underneath encroaching magma.”

While, It is possible to buy insurance in an area deemed a lava zone by The United States Geological Survey (USGS), the policies are hard to find, expensive, and extremely limited. Before Go With Dah Flow, a homeowners best bet was to keep a close eye on USGS predictions, have an emergency travel bag, and accept that some of their possessions would be claimed by magma. While it’s not a common occurrence, many facing the prospect of dealing with a lava flow swear by the service.

37-year-old Puna resident Kai Iosua says Go With Dah Flow saved almost all of her most prized possessions, even if they weren’t exactly careful with her house.

“Less than 90 minutes after I called Go With Dah Flow for help, I heard a loud buzzing over the house. I was scrambling to pack up some old pictures, and letters from my grandfather, and wondered if the power lines were coming down. Just then, a woman in work overalls crashed through my kitchen window, rolled over the table, and said, ‘Give me a list of your top ten favorite pieces of furniture and where they are.’

Before I had time to process what was going on, the front door was kicked in, and a man was asking me about any pets or collectables. More people came in, and they started to cut a hole in my roof. I saw that the buzzing noise above the house was one of those construction drones with a cargo net. When I settled down, and could answer their questions, I was amazed at how efficient they were. While my house took quite a beating, they had everything packed up in no time. The whole thing took less than an hour. In the end, the lava stopped well-short of the house, and now I have quite a repair bill, but Go With Dah Flow did everything they promised. Next time I won’t be so quick to pull the lava alarm.”

Wilcox says that it’s the stories of happy customers like Iosua’s that makes the work so much fun. “I was part of a community patrol group looking for embers and burning ash in Lahaina during the Lanai wildfires earlier this year. I learned a lot with those people, but I couldn’t help but think that we should be doing more for the people losing their homes. One of the group started talking to me about these lava zones on the big island, and how hard it was for those people in the path of an active flow. We had a meeting, worked out some financing, and a bunch of us started Go With Dah Flow. It’s been one of the best decisions of my life. My views on YouTube and Glimpsea channels have never been higher.

We have a heavy duty construction drone, and a group of trucks with solid tires, aluminum nitride ceramic floor pans, and tungsten drive trains. Of course, none of that would save a truck, or the people inside, should it get stuck in an active lava flow, but it makes some of the team feel better. While some have called our methods careless or gratuitously destructive, I like to think of them as efficient.

Look, when someone calls us it’s because their home is about to be buried in molten rock. It’s already lost. Our only concern is to get important belongings out as fast as we can. If that means breaking some doors, knocking down a wall or two, or removing sections of the roof, well that’s what needs to be done. Besides, if we finish early it gives us a chance to see how close we can get to the flow before the truck’s tires start to melt. Some of the team has a different definition of “acceptable risk” than our insurance company.”

Wilcox says that if all goes well with Go With Dah Flow, he’d like to expand into other areas of the emergency moving business including floods, industrial accidents, and hurricanes. “I just wish we had more severe earthquakes on the islands, and better prediction models. I can only imagine how many views I’d get if I could jump one of the moving vans over a freshly opened chasm.”