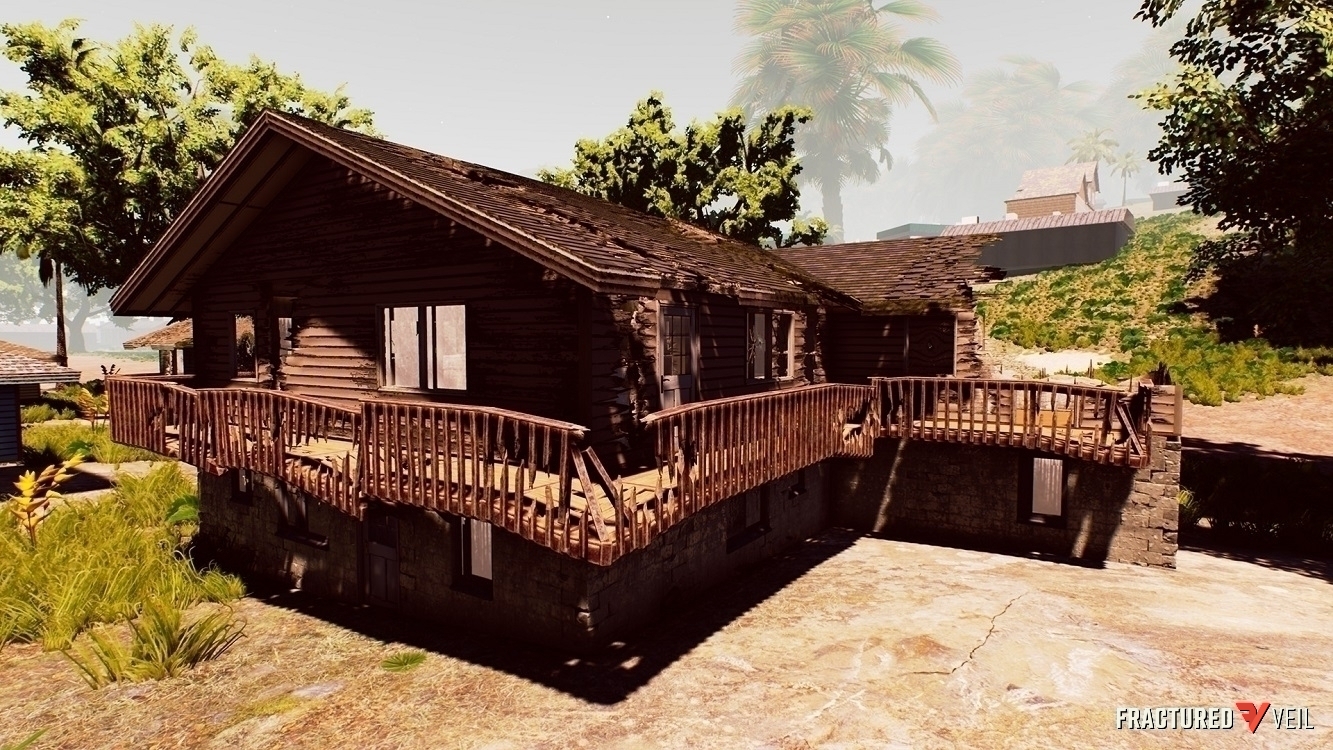 This was not how I imagined my day would start. She says her name is Saraphim, and that the world as we know it is gone. She says something about backups, and Ambassador class accounts and some other stuff, but my head is spinning. My body feels strange. I turn around and recognize where I am for the first time and can’t quite believe it. She’s telling the truth. I’m about half a mile away from the veil station. Everything is ruined.

I realize I’m saying “What happened,” over and over again. She keeps telling me, but I can’t process it yet. It’s over 60 years later, but I don’t remember anything about…the veils fractured!?. She says she restored me from backup. I must have died. I don’t remember dying. I’m not even sure that I’m really me. I don’t know what I’d think if I was a religious man. She says there’s lots more people waiting and needs me to walk around, make sure my body is working correctly. She wants me to see what I can find and if there’s any survivors. I look around. My eyes hurt, but I see something in the distance. It’s a beached whale and there’s someone near it. I start walking.

The smell is almost over powering. I get close and see that there’s actually someone inside the body cavity and more people around. It’s some kind of bar. There’s a sign that says “Rita’s Refreshments”. They stare at me as I walk up. I take a seat on a stool. “We’re all out of Scrimshawberry,” the woman says before pushing a glass of something greenish blue at me. She says it’s 10 rai, but I don’t have whatever that is, and I give her my hat instead. They call the drink Whalmanimal. My mouth rejects the liquid as soon as it touches my tongue; it’s awful but my fellow patrons seem to like it. They compliment my clothes and ask if I want to sell or trade them and if I’m from Pu’u. I tell them no to both.

I ask if the DLNR came out to talk to her about the whale. She gives me a strange look and says she’s not interested in selling. I realize I haven’t heard an engine yet, seen a boat, or watched a drone fly by. I’m not sure what I can do here. I was once appointed to study the effects of 127 on the native flora and fauna. I think I can do the most good by looking around the beach and forest to assess the fracture’s impact the environment. My body is feeling better despite the fact that the first thing I had to drink in close to a century was this murky swill.

After a few miles of walking, I find a gigantic banyan tree, at least twice the size it should be. Everything else seems normal at first. I find ohi’a and rattlesnake plants and watch a red-crested cardinal for a few minutes. I close my eyes and listen to the song of a saffron finch. Maybe nature withstood the fracture better than people did. I walk a few more hours in the forest when I see them, and I stop dead in my tracks .

There’s three of them, whatever they are. I assume the two facing off and circling are males fighting for the attention of the less colorful female. They look like wild pigs but are covered in some kind of carapace. Their eyes are on stalks like a crab or prawn. I can’t get over how shiny and colorful their shells are, they sparkle when the sun catches them just right. They just keep circling and occasionally butting heads. I don’t move because I don’t know if they’re dangerous. If this is what happened to the pigs, I don’t want to see what happened to the geese. There were many reports of them getting more aggressive back in my time. Who knows what they might be capable of now.

The sun will be down in a few hours. I decide to walk back to the whale and figure out where I’m going to sleep for the night when I hear a cry. I recognize it. It’s an axis deer alarm call, but it keeps going. Something has the deer scared. Despite my better judgement I walk towards the sound. The forest is very thick here, and fog is coming in, making it hard to see. The deer keeps calling and it sounds like I’m getting close. I stop to untangle some vines from around my boot when I feel him grab me. He puts his hand over my mouth and pulls me down. I start to fight back but he’s stronger. I turn my head and see that he has a finger up to his mouth, urging me to be quiet. I calm down and he points ahead.

I might have missed them if I was still walking. A pack of wolves is working their way across the ridge ahead. It’s hard to tell how many in the fog but it’s at least 6. The deer keeps calling and it sounds close now. The wolves look hungry and I turn to thank whoever this is. There isn’t much I could tell Saraphim from inside a wolf’s belly. That’s when I notice he’s still pointing at something else in the forest, just beyond the wolves.

I still don’t see anything, but the fog is really thick now and it sounds like the deer is only yards away. I notice the fog swirl a bit before I see it. It’s like the forest comes alive around the lead wolf. It’s a tangle of leaves, vines, and teeth. One of the wolves is hurled through the air and the rest run off. I watch it stand up in front of the pack leader. It’s a woman covered in leaves and vines. For a minute I think she’s wearing some kind of ghillie suit until I see the vines dig their way into the side of the wolf. I’m too scared to move. She leans over the animal and mimics a bird call as she feeds on him. I let out a gasp and she looks our way. She opens her mouth and lets out a deer call followed by a loud hissing noise. I don’t know if I stood up on my own or if he picked me up. I just remember running and screaming every time a vine hit my face.

His name is Laki and his people are called the Kanaka. The thing we ran from is a Green Lady, and from the way everyone looked at us when he told the story, we were lucky to make it back to the village alive. They ask me if I’m from Pu’u as well, but some seem happy when I tell them no. This is a strange place. I see people walking around with shark-toothed clubs and night vision goggles. I watch a group of them invoke the spirits to keep the green lady away and draw warnings in the sand before cooking their food in a flash oven. I listen a lot and say very little. I think that’s best until I figure out the situation. Laki says that he’ll take me to Pu’u in the morning, but for now I’m going to have a meal and try to get some rest. Here’s what I’ve learned so far. Being restored from backup makes your body tingle for a few hours, but everything seems to be working fine now. The power grid seems to be gone and working technology seems to be rare. Food and water must be scarce because people are drinking some sort of disgusting Manimal knock-off inside the body of a dead whale. Oh, and monsters are real now! It’s been a hell of a first day back, Saraphim.