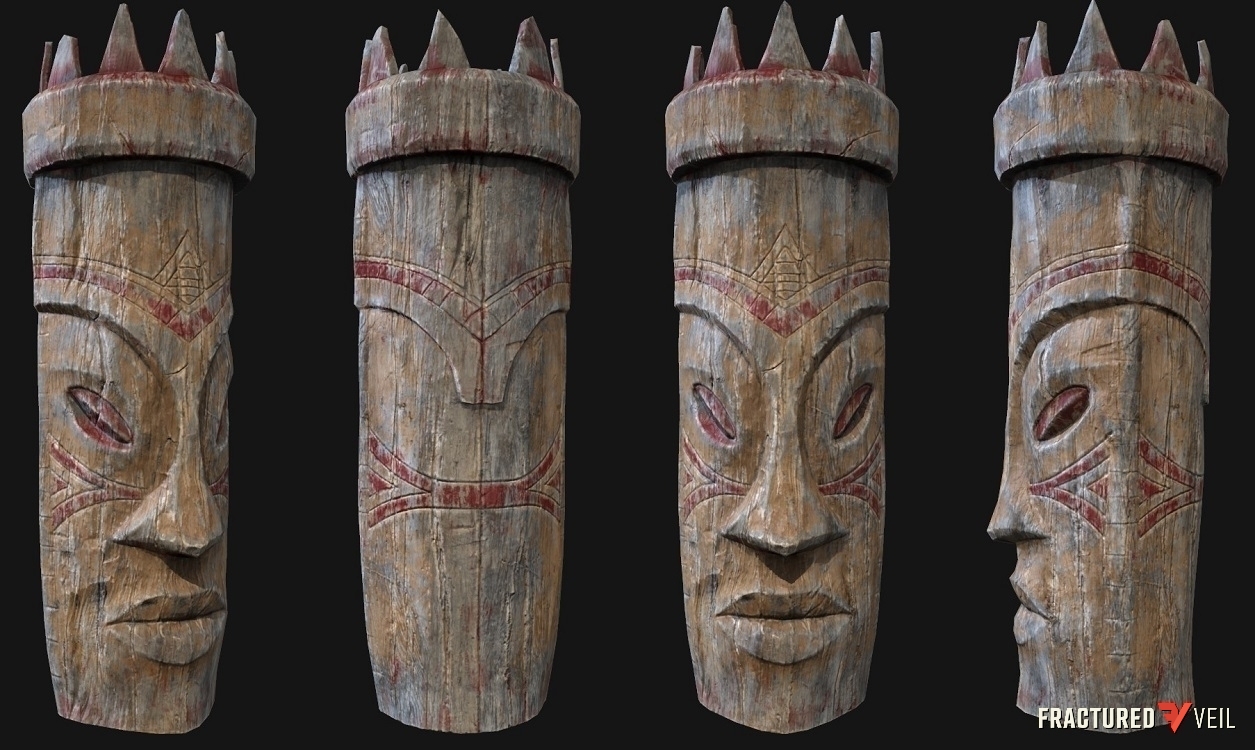 In the past, before my grandpa and his friends made everything safe on the hill, people would carve tiki idols to help them remember people or stories. Some of the idols were even gods. Nobody in Pu`u think the idols are gods anymore, but they still help us deal with the people down below and remember the way things used to be.

A long, long, time ago people on the islands didn’t have cameras or books so when they wanted to remember something they’d carve an idol. The idols would be a way for the people to remember all of their grandparents or explain how something happened, like how people were made. For a long time people would learn about their history or religion with the help of the idols.

When people got smarter and stopped believing that birds could talk, or that people were made of dirt, they stopped praying to them. They still carved the idols because they were cool to look at but people could look at pictures of old people to remember them. They had science to answer questions about where people came from so they didn’t need the idols anymore.

When the veils broke everyone was really scared. Only smart people like my grandpa had things that worked because they were prepared. The people got together in groups to help each other and protect themselves from Night Marchers and Green Ladies. The people on the hill all worked together but the people below fought a lot and would try to steal if you didn’t watch them. The worst were the people who got sick and ugly. They would usually fight and they would always try and steal things, especially guns.

Rai stones helped all the people get along better and some of the fighting stopped but things were still bad. Everyone on the hill wished that the people below would be better and act right but they didn’t know what to do. Then someone thought about how tiki idols helped people remember rules and learn about things.

The people on the hill talked to the people down below including the ugly people about what rules would be best for everyone. They made idols that had little bits of everyone, even sharp teeth for the ones who got sick. They agreed that the idols would be a symbol of getting along. The people on the hill told the dumber people that the idols were watching everyone and would punish anybody not following the rules. After that, things were much better.

Tiki idols help us keep the people down below from being bad and help us remember how hard working together used to be. Even though we lied about the idols watching over everyone, it was a good lie like when you tell your mom that your room is clean so you can practice shooting. I’m glad that someone remembered tiki idols and that all the people down below believe in them.