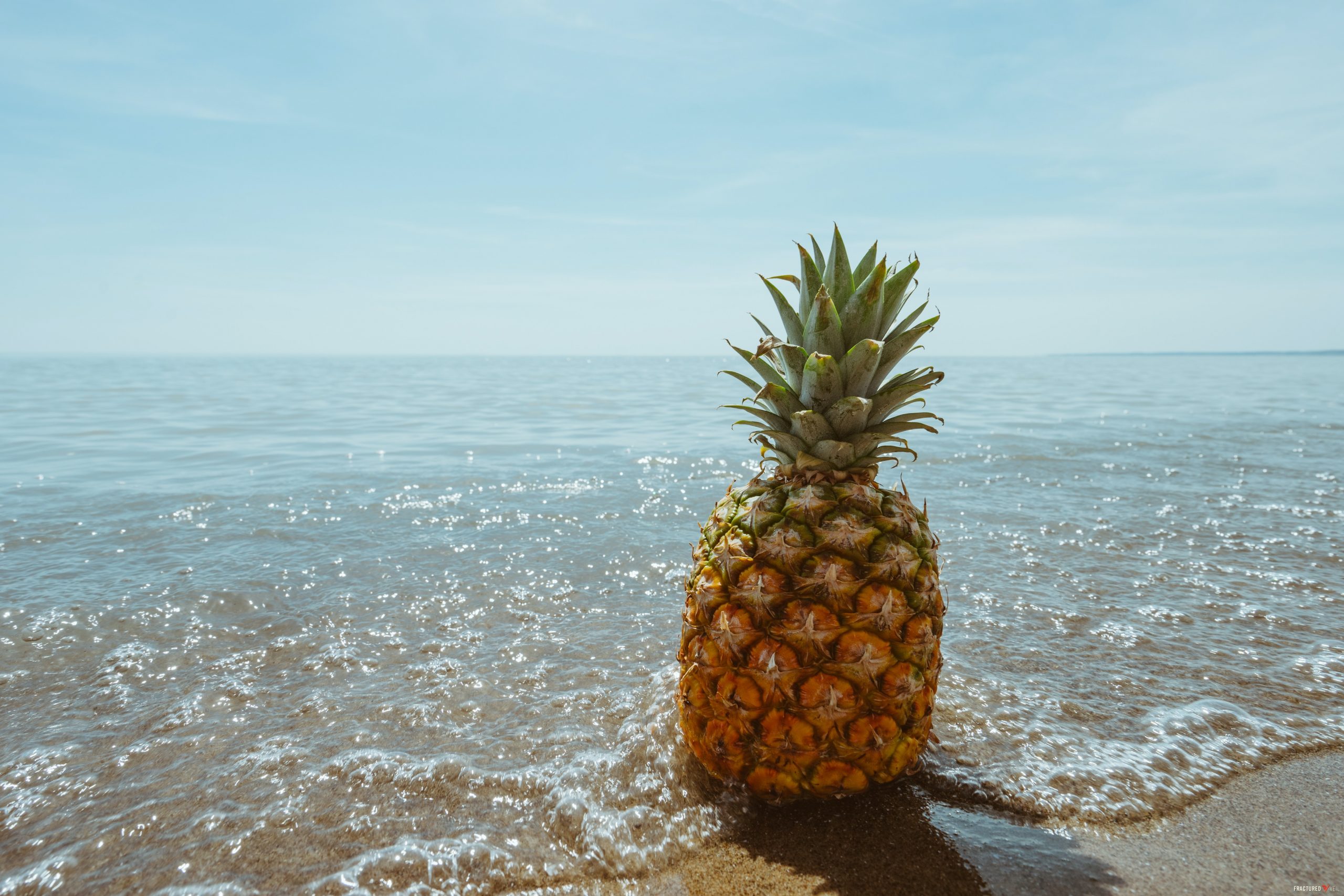 Hawaii was once responsible for 80% of the world’s pineapple production, but times have changed. Economic realities and a decrease in available farmland has pushed most production to Central and South America. The fruit that is so synonymous with the islands is only grown commercially by a handful of farms on Maui today. One such operation, Ananas Farms, is trying to reverse the trend with the help of a local inventor. The farm hopes that their pineapple picking drones will make the fruit a major crop in Hawaii again.

Well known by Lahaina residents, Ano Lee might not be what you expect when you imagine a brilliant inventor. The 43-year-old has lived in a maker commune just outside of town since he was a teenager. “My mom and dad built this place as a refuge for artists and craftsmen, and I’m just trying to honor their vision,” says Lee. Dressed in his usual board shorts and rubber slippahs, he admits that he only owns one pair of dress pants. “I think we can all agree that suits and ties are not the wellspring of creativity,” he quips. If his past projects are any indication, he may be right.

2 years ago Lee created a shark mitigation system that put him into the national spotlight. The Naval Research Laboratory (NRL) entered into a development partnership with Lee and is currently using a version of the system now. While his latest invention may not save as many lives, it has huge implications to the future of Hawaiian agriculture. According to Lee, it all started with a bet.

“I hear people say that they love pineapple all the time, but I REALLY love them. If nature has made anything better, I haven’t had it. Ananas Farm is close so I would usually pick up a couple there every day. There’s nothing like a pineapple fresh off the plant. Walking over there got to be a hassle so I asked if I could just pay ahead of time and send a drone over to pick a couple. Roy told me that he wouldn’t have a problem with it, but it was impossible to automate pineapple picking. He told me that if I could come up with a way to do it, he’d let me have free pineapple for life; so I started to tinker around with a solution.”

What Ano came up with is a drone picking and planting system that promises to change the business. Before his invention it was commonly thought that the processes involved in pineapple production were too complex for automation. However, Lee’s pineapple-bots have overcome every obstacle. A skilled worker can plant 5-6 thousand pineapples a day. The drone can plant around 10 thousand. They are capable of breaking down mother plants for re-planting and can carry up to 6 fruits at a time. Even though their main power source is solar, a battery system allows the bots to work through the night. Lee adds, “The lights allow you to track their work at night and avoid getting smacked in the head by a drone dropping off a load. Best of all I added a really cool strobe feature. You have no idea how awesome a pineapple field looks with 20 high-powered strobe lights going off!”

Roy Ananas says that the farm’s production costs have decreased greatly, while production is up almost 30% since using the drones. “We’re getting calls from all over the place. Companies have been trying to automate pineapple farming since the early 1900’s. It was accepted that it was impossible. What Ano has come up with is amazing! We’re excited about the future here and for the industry as a whole. I just wish I had offered him free fruit in exchange for groundbreaking innovation before. We joke around about how he could revolutionize the world if we could figure out what else he likes to eat.”

Ano says he’d like to refine the pineapple-bots a bit more before he takes on another project,

“There’s still a few issues to work out but I can see these drones being used for a number of other purposes. Cleaning up ocean trash, and a wide variety of construction projects are on the short list right now. We’re working on a way to combine one with a printer in order to make tools and supplies on the fly so-to-speak. The last few years have been really good to me. I want to make sure that I give the drones all the attention they deserve before I move on to something else. I have some ideas about a self-cleaning plate system, and an inflatable pants design that should have the belt industry quaking in their boots. I’m not overly concerned about what’s next. I know I’ll always have a big bowl of pineapple whatever the future holds.”