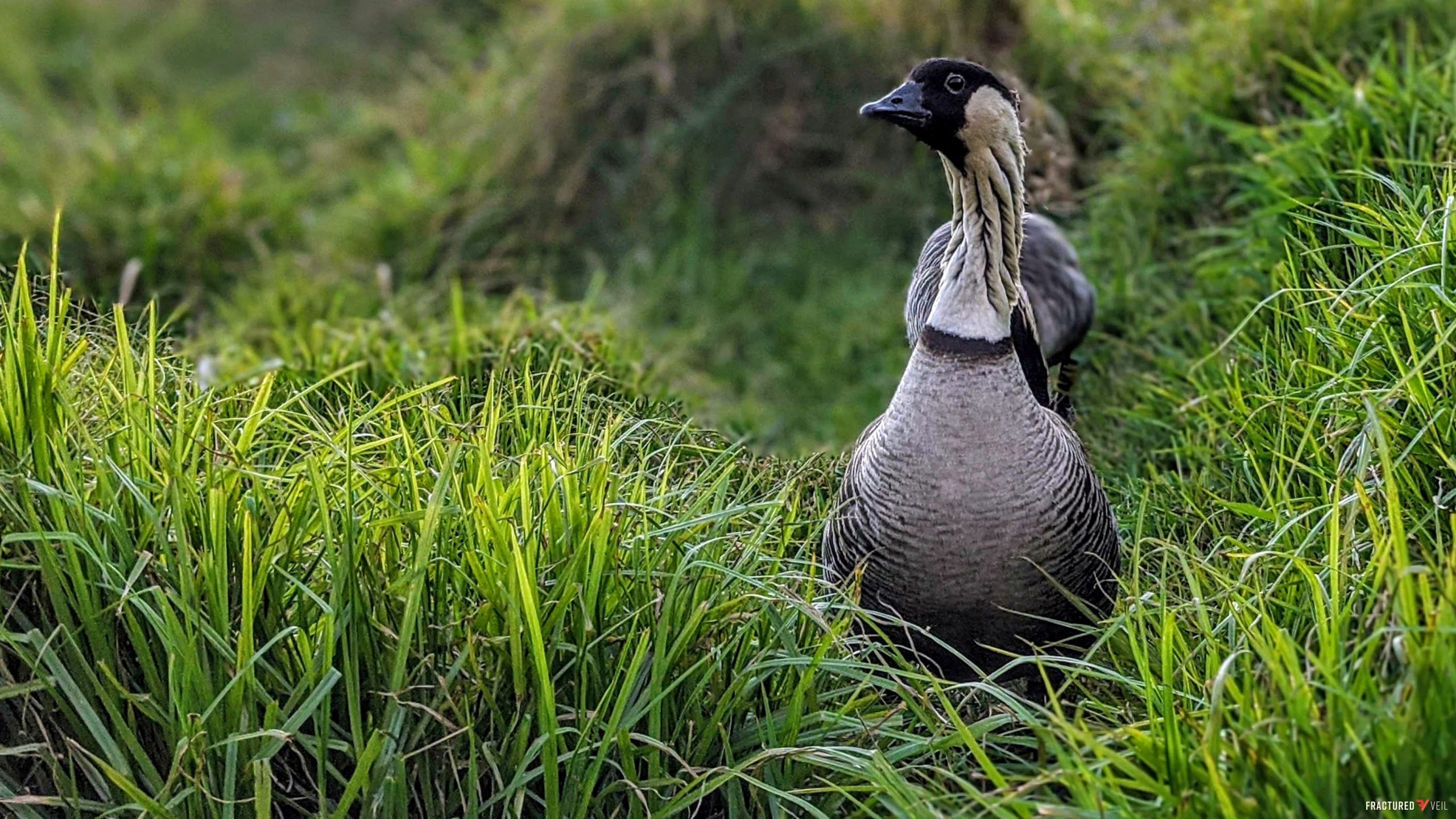 A Lahaina area man with a severe phobia of geese found himself face to face with his worst fear Saturday night, when a group of nene surrounded his home just before dusk. After calling for help from his neighbors, the police, and animal control, to no avail, 48-year-old Kevin Morrow devised an unorthodox solution to his problem. He ordered a meal from the popular Hailoha-Eats delivery service, and asked the delivery driver to scare off the offending birds.

According to Morrow it was an ordinary Saturday evening. He was busy working on his latest book, outlining the danger food carts present to traditional family dinner rituals, when his dog Howie began to bark uncontrollably. Looking out the window, Kevin’s worst nightmare came true when he saw his yard was filled with nene.

Suffering from an acute fear of the state bird, he tried calling his neighbors for help, but they didn’t answer the phone. He next tried the police, but was told that they didn’t handle goose removal, and he should try animal control if they were still in the yard in the morning. Desperate for help, it was then that Morrow spotted the Hailoha-Eats flyer.

“I have more than a few phobias,” says Morrow “I suffer from: meleagrisphobia, the fear of turkeys, alektorophobia, the fear of chickens, and anatidaephobia, the fear of geese. Actually, I find most birds and many social situations to be daunting at the very least. It’s the geese that’s the worst though. There’s just something terrible in the way they walk and sound. They’re so aggressive! To be honest, I wasn’t surprised that I didn’t get any support from my neighbors. I’ve learned that they have little interest in hearing my opinions about their duty to mow the sections of my lawn that their kids play on, let alone scare off dozens of geese there. However, the fact that the police refused to help was very disappointing. When I learned I’d have to wait until morning to call animal control, I could feel myself beginning to spiral into a full blown panic attack. It was then the Hailoha-Eats pamphlet caught my eye. I use the service often, and knew that every order has a “Special Instructions” section. I made the call, turned off the lights so the geese couldn’t see me with their demonic-beady-little-eyes, and waited for help.”

Within minutes delivery driver Mark Me’e pulled into Morrow’s driveway, only to find a dark house. “The order came with a request that read ‘Help with birds,’” says Me’e. “Since it was Peking duck with extra crepes, and a side of foie gras, I thought maybe it was someone who needed help dishing out the food or something. But when I turned on my brights to make sure I had the right address, I saw what it really meant. There were dozens of geese on top of the house, and a bunch more came walking up from the side yard. I half expected Tippi Hedren to appear. None of them were making any noise. They were just looking at me. It was one of the creepiest things that I’ve ever seen.

I honked the horn to scare them away but they all squawked back at me, almost in unison. Honk. Squawk. Honk. Squawk. I rolled down the window to shout at them, and it was then that I noticed that I didn’t hear any bugs or other animals. It was completely silent. I called the customer contact number, and after going to voicemail a few times, Kevin answered. I asked what was going on; he explained his phobia, and said he was pretty sure they would hurt him if he went outside. He begged me to help scare them away, and I said I’d do my best.

They weren’t acting like normal nene. When I opened the door, a bunch of them put their heads low, and made a straight line towards me. It freaked me out so much that I got back in the car, and called Kevin again. I told him that I just drive people around, and deliver food, wrangling disturbing geese was above my paygrade. He sounded so scared though, that I couldn’t just leave him in there. I remembered that I had some emergency flares in the trunk, and told Kevin that I’d need him to draw the bird’s attention so I could get to them. He turned on the lights inside, and all the geese ran to the windows. I popped the trunk and ran to get the flares. I could see some of them turn back to me as I sprinted around the car. I grabbed the flares, lit a couple, and began throwing them in the yard while screaming at the top of my lungs. I can only imagine what it must have looked like to anyone driving past, but it worked. They flew off together, and I gave Kevin his food and a big hug. It’s a delivery I’ll never forget.”

Unusual animal encounters are on the rise in Lahaina, and this incident has many guessing what may have caused the strange behavior in the usually shy geese. Some say it is shifting climate patterns forcing the birds to seek out food in new places, while others place the blame firmly on Veilcorp, their travel technology, and their solar 127 harvesting program. The Department of Land and Natural Resources is expected to release the findings of their investigation into the issue later this year.

Whatever the outcome of the DLNR’s investigation, Morrow says he can’t thank Mark enough, and just wishes he could reward him more for his actions.

“There aren’t a lot of people who would have done what Mark did. I believe he saved Howie and I that evening. That’s why it was so hard to only rate him 3 out of 5 stars and reduce his tip. There’s no doubting his bravery, but at the end of the day he is a food delivery driver, and I was forced to judge him on that criteria. By the time he scared the geese away my crepes had become soggy, and he forgot my extra cucumbers and sauce. To be honest, 3 stars was probably a little too generous. I wish his company offered some sort of personal rating system, but until they do, I have to follow their guidelines. As a person, I can’t say enough nice things about Mark Me’e, but as a delivery driver, he’s a bit wanting.”