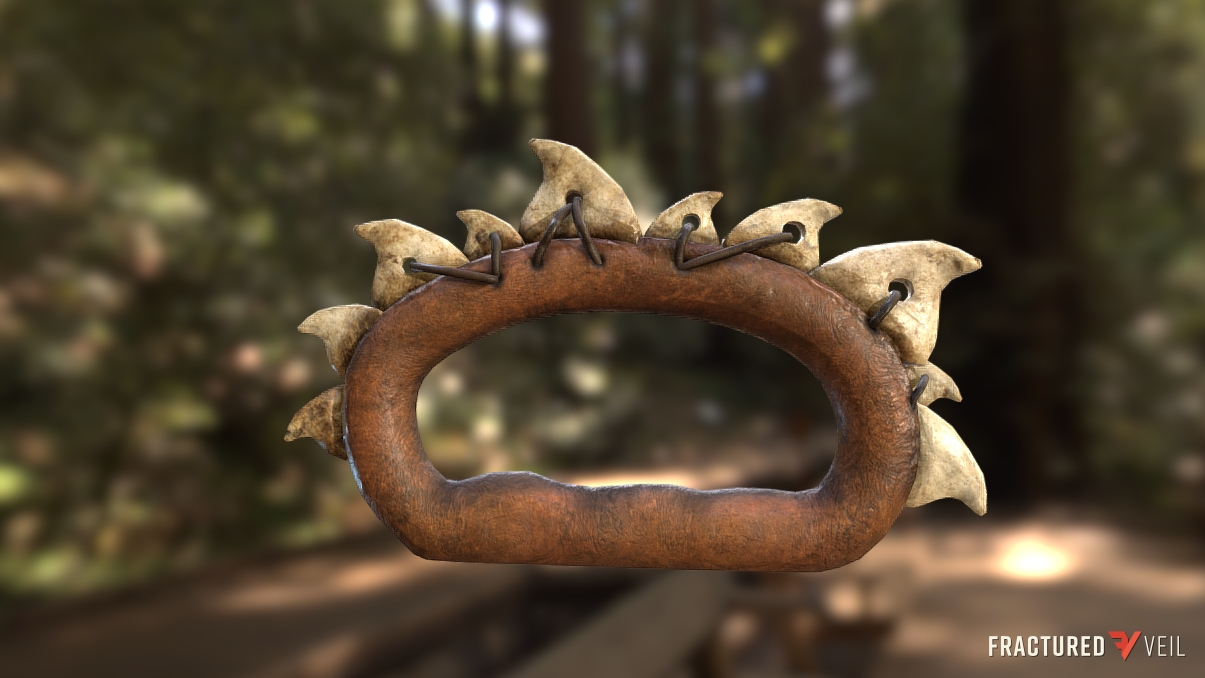 Lahaina Police arrested an unnamed man Sunday evening, who they say brandished a shark tooth club, or leiomano, stolen from the Lahaina Museum. Officials say the man went on a rampage: destroying property, and stealing items from a nearby Big Bites store, before leading police on a chase through the museum, where he was able to elude capture. The suspect was finally arrested in the Baby Beach area after a confrontation that police on scene described as “terrifying.” The unidentified man is being held under observation at the Lahaina Medical Center pending a full psychological examination, and drug screen.

Craig Luahi says he had know idea he was going to be involved in a manhunt Sunday afternoon, and was just enjoying sitting on his couch, binge watching the latest season of Veil Sale. Soon after settling in, Luahi heard a noise in the backyard and went to investigate. What he saw was unexpected to say the least.

“There was a guy dressed in a Hawaiian shirt and a boonie hat who was trying to chop down a tree in my backyard. I yelled at him, and he spun around with an axe in his hand, and a look in his eye I didn’t like. He was acting real crazy, asking me what year it was, talking about the Veil Station blowing up, and the world ending. It really freaked me out, and I started to back-up when he said he needed some twine and wood to make splints. I don’t know about you, but when a crazy guy holding an axe asks me for something, I try really hard to get it. I told him that I thought I had some rope and scrap wood in the garage he was welcome to, and ran inside to call the police. By the time they arrived he was gone.”

Police say that soon after responding to Luahi’s home they received a call about a disturbance at a nearby Big Bites store where an individual matching the suspects description was threatening employees, and stealing items. According to employees the man seemed most interested in the store’s supply of SSHAM. “He kept saying that it was worth its weight in gold. Stuff about poison gas, and the world ending. I told him I was calling the cops and he better leave. He said the cops weren’t as bad as Trophy Hunters, whatever that means, but as soon as we heard the sirens he took off out the back door.”

The suspect ran several blocks while police set up a perimeter. Within minutes he was spotted running inside the Lahaina Heritage Museum, and a foot chase ensued. Despite their best efforts, the man was able to escape with a traditional shark-toothed club that was on display as part of the museum’s Hawaiian Ancestors Exhibit. Drones were launched, and dogs were brought in to help track the assailant.

Video footage of the man was sent to all social media channels, and officials attempted to find the suspect using Glimpsea’s Comprehensive Aloha Security Helper Camera System (CASH), to no avail. The search continued for almost eight hours before a terrifying confrontation with police led to his capture.

The arresting officer says in his report: “It was unusually cloudy, with fog rolling in, so it was hard to see. At first I thought he was officer Owano, who was also searching the beach area for the suspect. I called out but he didn’t answer. He just walked closer. I yelled again, and he started to jog my way. As he got closer I could see he was holding something large with both hands off to his side. I pulled my weapon, but I had waited too long. He swung the leiomano and one of the teeth caught my hand, making me drop my sidearm. He was screaming that he needed to find someplace safe to wait out “the worst of it”. He said we needed to leave him alone, and go be with our families. I tried reasoning with him, but he swung again striking my leg. I fell, and tried to grab onto the suspect before he could swing again. It was then that officer Owano arrived on scene, deployed his taser, and we were able to secure the subject.”

Police say the man refuses to identify himself, and his fingerprints are not on file. The leiomano has been returned to the museum where it will have to be repaired. The suspects motives remain as mysterious as his identity this morning. Officials say they are still waiting for bloodwork and his psych evaluation but it is highly likely that he was suffering from a severe reaction to illicit drugs, or from some sort of mental break. However, local author Kevin Morrow has a different theory. “Violent survival style video games are to blame,” he says.

“It’s amazing to me that things like this don’t happen more often. Some of these games can feel so authentic that it’s hard to tell the difference between what’s real, and what isn’t for some. I’ve heard stories of young people collapsing from exhaustion trying to collect minerals by hitting rocks, or trying to shape boards with nothing but an axe. I’m not surprised at all that the weapon was stolen from the museum. One of the most common tropes in these types of games is discovering a sort of armory, where an individual can find numerous weapons to aid in their “quests”. The museum exhibit must have seemed like one of these areas to this poor man, further feeding his psychosis. If we want to be serious about protecting museum antiquities we need to start screening people who play these types of games. I feel bad for this confused individual, and hope hospital staff have begun to transition him into shape matching games, exposing him to the joy of checkers, or a simple card game, something that lacks the power to inspire this violent “questing” behavior.”