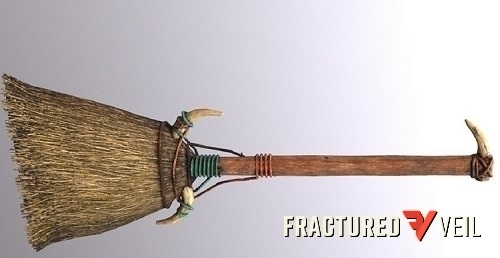 What began as a very public neighborhood dispute has spilled over into the Lahaina political arena, as the “Clean the Lane” movement continues to gain steam. This morning, Mayor Albert Cravalho announced that he will be holding a public hearing regarding the future of preservation zone compliance liaison Elizabeth Stonegate, the focus of the campaign. Critics contend that Stonegate is unfit for the position and that she has failed to embrace and embody the “Aloha Spirit” that should represent the island.

According to Shelby Pio, Tanager Lane resident and leader of the Clean the Lane campaign, it all started with a decorative broom displayed on her front porch. Pio’s children are members of a Veil Scout troop and were learning about the art and culture of the native Hawaiians. They had invited a number of local artists who specialize in traditional creations to explain the history and significance of early Hawaiian art. Shelby says that her HOA president Elizabeth Stonegate demanded that one of the art pieces, a broom adorned with boar tusks, be removed from the property because it was “a potentially dangerous weapon”. When she refused, Stonegate fined her and promised to add additional fines everyday that the broom remained on her porch.

For many residents, including Pio, it was the last straw. Shelby accuses Stonegate of a long history of incompetence, hostility, and pettiness that has had a negative impact on the neighborhood and Lahaina in general. Outraged by Stonegate’s decision to punish Shelby over a piece of Hawaiian heritage, others began displaying similar brooms on their porch. News reports about their subsequent fining did nothing but fan the flames in the neighborhood. With the motto, “she can’t fine us all” the movement spread throughout Tanager Lane and across the Lahaina. Residents are displaying brooms or “Clean the Lane” signs as far as Block Rock Beach, and calls for Elizabeth’s removal as compliance officer have grown.

Stonegate has released a statement that reads in part,

“My job as HOA president and compliance liaison are very similar. I ensure that the rules are being followed and protect the association, as well as the preservation zone, to the best of my ability. I regret my initial reaction to the broom, but I had no idea something like that could be considered art. I now realize the benefit of teaching children about how far we’ve come as a society, and to help them appreciate that we don’t have to live like barbarians anymore. I’ve tried to explain my actions and apologize, but Shelby and the media have twisted my words, and made any meaningful dialogue impossible. Now, they want to remove me as compliance officer over a ‘lack of Aloha spirit?’ I’m not sure what that even means. I look forward to the public hearing so I can explain myself clearly, without the bias of the local news.”

Pio says she’s not surprised that Stonegate doesn’t understand the backlash. In fact, she says that is precisely the issue. “Starting in 2017, Hawaii started giving children the Character Skills Snapshot test to measure a child’s intellectual curiosity, teamwork, resilience, open-mindedness, initiative, responsibility, self-control, and social awareness. The State recognized that character was just as important to cultivate as traditional subjects in school. Hawaii has a long history of including kindness, and a sense of decency into their goals and politics. It is important to us, and something that is beyond Elizabeth’s comprehension.”

Shelby points out that the government has actually defined Aloha spirit in the Hawaii Revised Statutes HRS 5-7.5. “….’Aloha Spirit’ is the coordination of mind and heart within each person. It brings each person to the self. Each person must think and emote good feelings to others….” Pio says that Stonegate exhibits none of these characteristics and is doing irreparable harm to the image of Lahaina.

“The broom incident wasn’t the biggest issue, just the final shot in Stonegates war against civility,” says Pio. “Her list of mean spirited disasters and poor decisions is a long one. She has: Forcibly removed a beloved therapy animal from the neighborhood, created a culture of distrust and an atmosphere of fear across the island with an anonymous reporting app, approved the use of dangerous, untested maintenance drones in the neighborhood, and oversaw an ill-advised wall project that trapped 4 children, including her own son, underground for almost a week. Elizabeth Stonegate represents none of our ideals, and has no idea what having the Aloha Spirit means. Every day she is allowed to work in an official capacity is a slap in the face to everyone who embraces Hawaiian values, and does real harm to the image of Lahaina. We plan on cleaning the lane of Mrs. Stonegate, and hope the mayor will see the wisdom in removing this blemish on the reputation of Lahaina as well.”

Mayor Cravalho says he plans on delivering his official statement at the meeting, but he is, “concerned about some of the reports that have come into the office over the past few weeks.” Due to the expected high turnout, the public hearing will be held in the Pu’u high school gymnasium this Thursday, starting at 7pm.