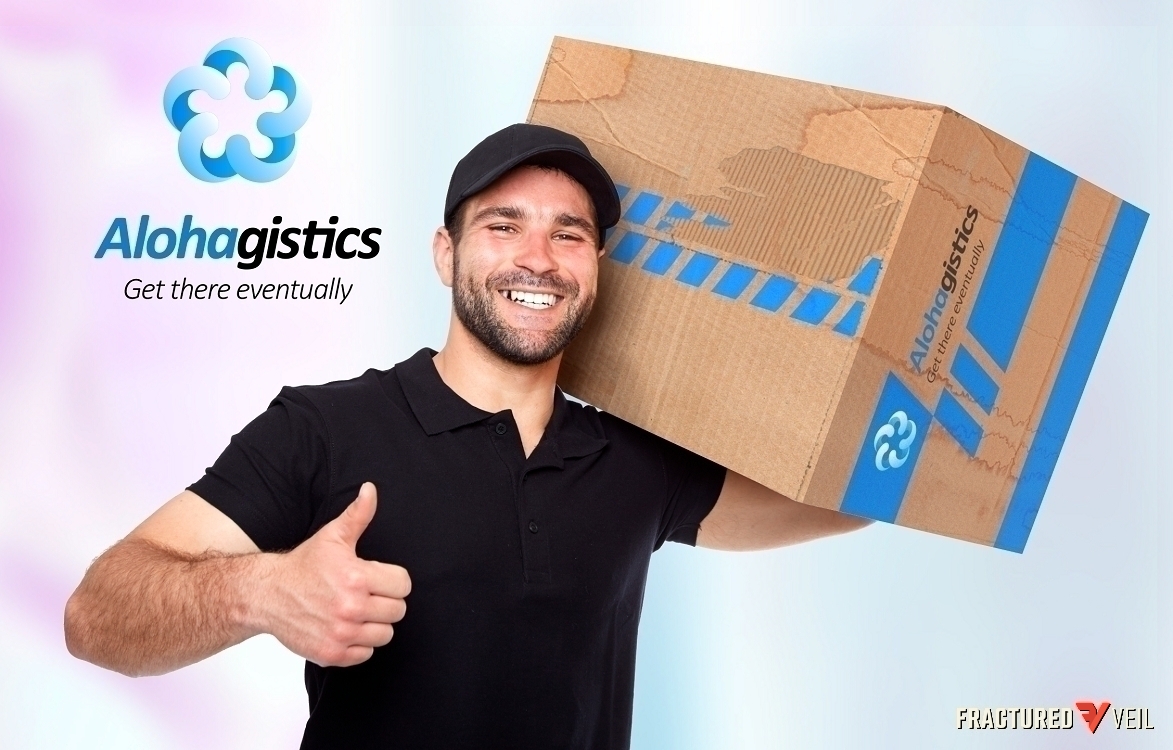 Speed has always been an important part of the logistics and delivery business, but the race to deliver a package reached breakneck speeds with the introduction of smart drones and veil technology. For over a decade, shipping companies have done battle to see who can transport a box across the world the fastest. With promised delivery times now measured in hours instead of days, the price of shipping has never been higher. However, one Lahaina company has bucked this expediting trend, and become a major force in the industry by offering ultra-cheap services. Alohagistics doesn’t promise to get your package delivered within an hour. Instead, they say it will “Get There Eventually.”

The brainchild of 46-year-old Lahaina resident Charles Lohi, the company has captured the attention of the market recently by winning many lucrative government contracts. “I just understood that not everything needs to get somewhere fast. Shipping trends were forcing everyone to sprint to a destination, and I recognized that we could walk there instead.”

A frequent traveler in his youth, Lohi says he hated how much it cost to send souvenirs to loved ones. “I didn’t carry much other than a backpack, and camped out or stayed in hostels most of the time to save money, but I could never figure out a cheap way to send things home. All my options were expensive, and promised delivery within days. It was totally unnecessary. Nobody’s life depends of getting a shot glass from Tokyo, or a commemorative spoon from Salzburg in less than a week. There are some things that aren’t time sensitive, and just need to get somewhere eventually. One day I scribbled down some ideas, took a nap, and put together a plan. I recognized a niche in the market three years ago, and business couldn’t be better.”

While Alohagistics does employ a handful of drivers and shipping specialists, the core of the business relies heavily on being located near a travel hub, a crowdsourced multi-level delivery network, and the aloha spirit. Travelers, or those interested in the business, simply go to any Alohagistics center, and choose a package with a destination near them. In exchange for delivering the item, they receive discounts from a number of businesses and services in the area. You can also sign up your friends and family as your “Parcel Pals,” helping you make deliveries. The more packages your Parcel Pals deliver, the greater your rewards and discounts.

While some have questioned the effectiveness of the program, Lohi is quick to point out his recent success. “We’re not running some sort of package pyramid scheme here, we’re more like a friends with benefits delivery service. Most of the time our packages get delivered every time. We’ve mastered the final frontier of the logistics business, ultra-low pricing.”

When asked who, besides the government, would choose to use a shipping service that values price over speed, and the actual delivery of a package, Lohi answers, “lots of people. Anyone sending physical copies of paperwork that could have been easily emailed, anything court ordered to be turned over to an ex, and every employee more interested in having a tracking number to prove that they did their job, than the actual timeliness of that delivery. You wouldn’t believe the turn over in our Take-A-Package, Leave-A-Package bins.”

Reviews on the company website seem to back Lohi’s claims with one satisfied customer writing,

“My great-grandfather was a military man, and dragged his family across the world. As a result, my grandma Ruth never had many close friends growing up, but she had an old doll named Ginny that went everywhere with her. She took it to college, and she even gave her a seat at her wedding.

The travel bug stayed with Ruth her whole life, and Ginny was beside her on many adventures. Eventually her health began to decline, and she couldn’t get around like she used to. You could tell it was a hard pill for her to swallow, but one Christmas my mom took Ginny with us on a trip to Innsbruck. We bought her a little Austrian dress, took pictures, and a new tradition was born. The whole family would take turns hosting Ginny on a holiday, and send pictures and updates about her time with them. It was great, and I think it bought Ruth several more good years. When she finally passed, everyone thought we’d bury Ginny with her since they went everywhere together in life. However, my aunt Sheryl had other ideas.

She wanted to carry on the tradition as a way to remember Ruth, and everyone half-heartedly agreed. We had no idea the long and burdensome road Sheryl was going to take us down. Almost immediately, her trips with Ginny and gifts for her became more and more exotic and expensive, forcing everyone to follow suit. Instead of a simple card listing the highlights of her visits, Sheryl would write novellas about Ginny and her adventures in her garden. Before Ruth’s passing, the doll would spend major holidays with the family, but Sheryl sent Ginny out on Arbor Day, Groundhog Day, and International Picnic Day, as well as many other lesser tier holidays. I finally had enough.

Ginny was with us for Halloween this year, and as soon as we finished sorting candy, I marched her over to Alohagistics. While it’s in the realm of possibility, I can’t imagine she’s going to get back to Ruth in time for Thanksgiving, and we can finally put this thing to an end before it escalates any further. If it somehow arrives on time….well I guess that’s just fate. If it doesn’t, I’ll be a family hero, and all of us can finally have some peace, including Ruth and Ginny.”