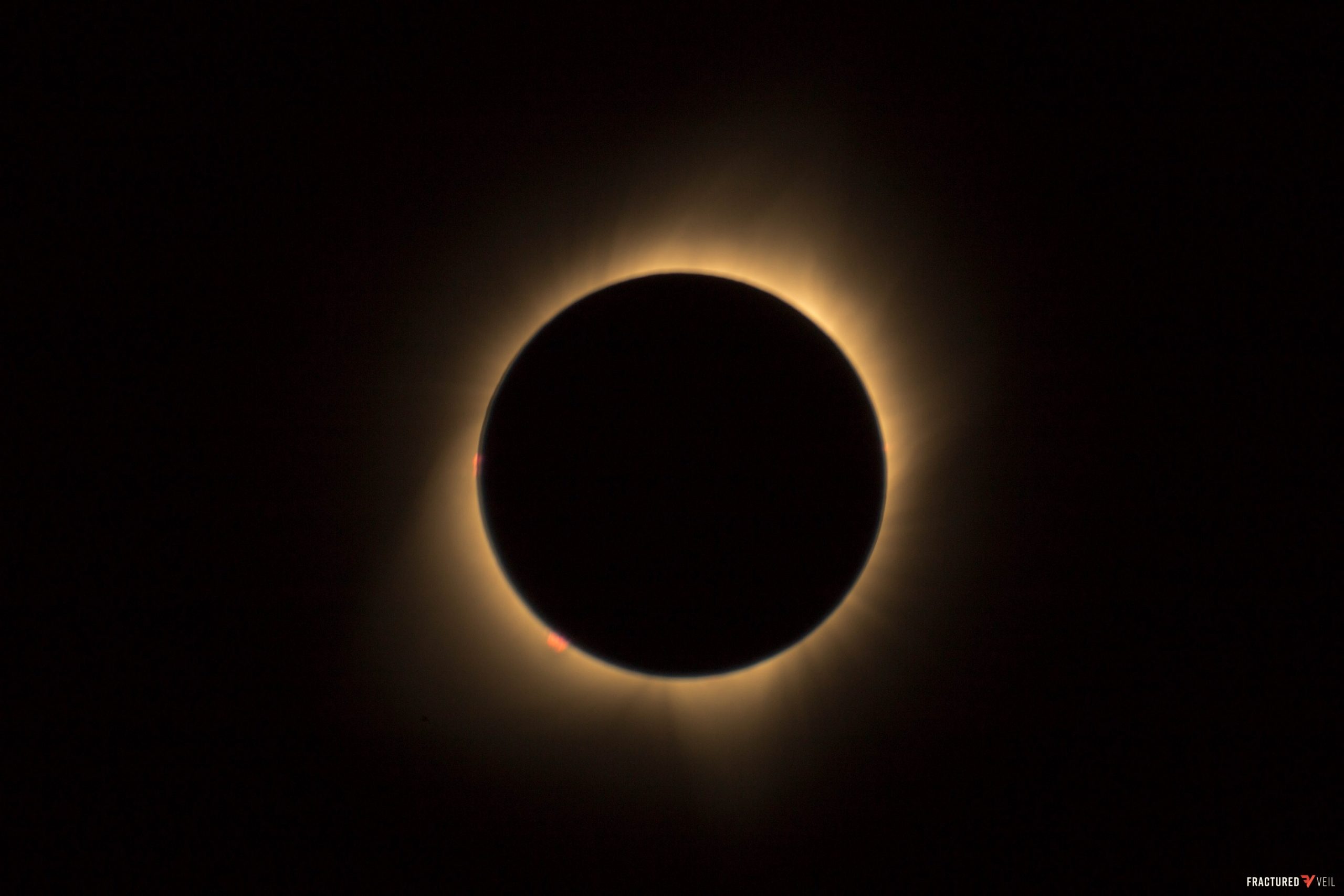 The eclipse on April 20 attracted astronomers, amateur stargazers, and eclipse chasers from all over to the island. The exceptionally dry and clear weather of West Maui makes it a perfect place to view astronomical events. A partial eclipse isn’t the rarest event in the universe but what was discovered that day is changing what we know, or don’t know in this case, about stars. A record setting solar prominence was clearly visible to all and has many worried about what effects Veilcorp’s Icarus Project is having on the sun.

One of the most impressive features of the sun is a solar prominence. The fiery loops of plasma extending far outward into space, following magnetic fields, are as beautiful as they are impressive. These gigantic loops of plasma can extend far into space. An average sized prominence can reach out thousands of kilometers, with the largest recorded before April 20 measuring over 800,000 kilometers long. Prominences can last a long time, days or sometimes even months. However, the prominence activity noted on the day of the eclipse is unlike anything astronomers have ever seen.

While many are concerned, Aldrick Lehmann, astronomer and lead engineer of the Hoku telescope, urges caution, noting that scientists are still researching how and why prominences are formed.

“The truth is that we just don’t know what could be categorized as normal. We’ve only had the technology to properly study the phenomena a short time. What we can say accurately is that we’ve never seen so many prominences at once before, and the first recorded description is from the 14th century. In addition, the longest has been estimated to be over 1.3 million kilometers long, that’s almost twice as long as any ever observed before, roughly the diameter of the sun. A coronal mass ejection from a prominence so large would of course be a concern. It’s interesting that this sort of activity has never been seen before the start of the Icarus Project, but I can’t say that Veilcorp is responsible, or even that it’s dangerous. What is clear however, is that we need more time and data in order to understand what is going on.”

Veilcorp has no shortage of critics, but the Icarus Project has easily been the most controversial program in the company’s history. Extracting 127 (Unbiseptium) directly from the sun, the program has been a target for environmentalists and safety officials alike. However, until now, most concerns have been focused on the economic and environmental impact that the increased exposure and stockpiling of 127 would cause. Despite Veilcorp safety assurances, the effects of the project have been a point of contention, with both sides citing conflicting studies. This is the first time that there has been any evidence that the project is impacting the sun itself, and it has many worried.

Sebastian Malu, a Barraloha instructor at the Kokua Wellness center and founder of the Eternal Cycle Church has been one of the most vocal critics in Lahaina. Over the past two months, he and his followers have camped out in front of the municipal Veil Station, protesting the company’s continued solar extraction of 127.

“The sun is the heart of our solar system. It’s energy feeds the plants and those of us who are able to tap into our inner beings. The Icarus project has pierced our heart and is feeding like a parasite from this most vital cosmic organ. Like other sensitives, I felt an increase in my electromagnetic energy as soon as the project started. I must admit that at first I appreciated the upgrade in intuition and awareness that I received, but the intensity of that increase began to be problematic. I spend a good portion of my day now trying to slow down my absorption of the sun’s energy before it’s too late. I urge other enlightened souls to do the same. I know it can leave you exhausted, but until we convince Veilcorp to stop stabbing our heart, it’s our best option.”

Veilcorp spokesperson Lisa Hunt says that the Icarus project is a multinational endeavor and points out that the brightest minds from around the globe have deemed the project safe. “While the cause of the prominences observed on April 20 are uncertain, the science surrounding the safety of the Icarus Project is clear. There is not, and never has been, any indication that the solar extraction of 127 is dangerous: to the sun, to the planet, to plants and animals, or to people who pretend to have magical powers. Remember, Icarus simply harvests 127 that is naturally made in the corona and captures it before it decays into less interesting elements, it doesn’t increase production in any way. I suggest we all take a deep breath, stop believing everything we read on the internet, and let the scientists study this amazing solar event.”