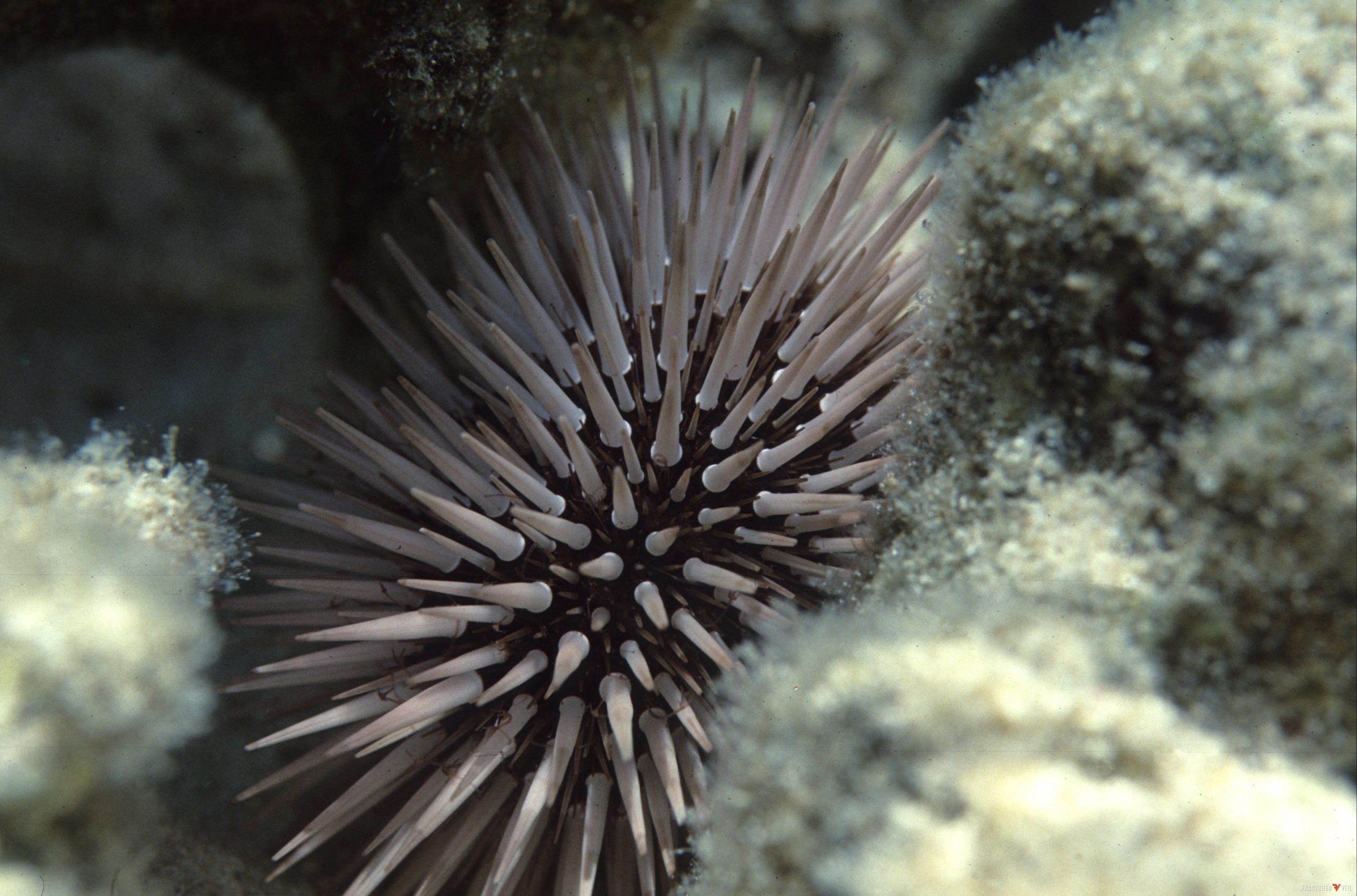 For hundreds of years the Hawaiian islands have had a problem with invasive species. From the introduction of rats and feral pigs, to more recent invaders like the brown tree snake and coconut rhinoceros beetle, all have had a major impact on island ecology. Invasive species aren’t just confined to terrestrial areas either. For decades the waters around Hawaii have been plagued with invasive algae that crowds out native sea plants and smothers coral, leading to massive reef destruction. Many different plans have tried to deal with the issue over the years, but a new Veilcorp project aims to solve it once and for all while offering a new hope for another species.

Kappaphycus and Eucheuma algae were brought to the islands by farmers working for the carrageenan industry, a chemical important in the making of a wide variety of products including food additives, lubricants, and cosmetics. The accidental release of the algae threatened numerous native plants, and miles of coral reefs popular for snorkeling. In 2005, NOAA worked with the State of Hawaii and the Nature Conservancy to fund and create a possible solution called the Super Sucker project. Divers would use a large suction hose to help them clean the reefs of the algae. The device was faster than doing it by hand, but it was still a painstaking process.

Eventually the State of Hawaii Division of Aquatic Resources began to grow and release native sea urchins around areas most endangered by the algae. Since even the smallest piece of algae left could quickly regrow, It was hoped that the urchins could clean the reefs better than divers. The project had mixed results for a number of reasons, but Veilcorp scientists says they’ve worked out the kinks and have a new urchin plan backed by federal authorities.

According to Veilcorp, the problem with the old project was one of numbers. The state run project would raise urchins in the lab from larva to maturity, a process that would take an urchin 4-5 months to grow. Working in conjunction with NOAA biologists, the company says that they have created a hybrid that can mature in half the time. In addition, Veilcorp officials say that the old program would release urchins in numbers that could clear only small areas. They plan on increasing those numbers in a very large way.

“The old state run program was well intentioned but shackled from the beginning,” says spokesperson Lisa Hunt. “They were releasing hundreds or thousands at a time which was fine if you wanted to clean a certain area for a few weeks. We want to solve the problem forever, and restore the urchin population to their original pre-colonial numbers. The urchin is an important food source for many animals such as lobster and octopus, not to mention people. We plan on releasing millions by years end. We hope the people of Hawaii will receive our gift of better fishing, clean reefs, and uni on every table with the spirit it was given” adds Hunt.

That spirit is not so benevolent according to some however. Mayor of the County of Maui Albert Cravalho says the project is payback for a recent suit filed against the company after a failed rail project.

“Veilcorp pulled out of our inter island rail project after 4 years of planning because it was no longer convenient for them. They left us holding the bag so we had no choice but to seek relief in the courts. I find it laughable that this new project was announced 3 months to the day that we filed our suit. Just look where they plan to release the urchins. It’s places that many local businesses use for beach activities. I assure you that tourists aren’t going to want to spend half their day pulling spines out of their feet. One of the locations is miles away from any reef. Their motivations couldn’t be any clearer! The numbers they plan on dumping are ridiculous too. I haven’t been able to find any biologist not on the Veilcorp payroll who thinks that these waters would be better off with the addition of millions of urchins.”

Veilcorp officials say that the locations picked for the urchin release were chosen with such considerations as currents and underwater obstacles to ensure “a rapid and even distribution of urchins to cover all problem areas.” They deny the claims made by opponents and say that the population numbers they are using are based on historic records from early settlers.

“We have early accounts that claim certain bays were filled with urchins as far as the eye could see. We have spent years taking hits from environmentalists about supposed damages that we have caused in the areas around our facilities. Now, after we try and restore an area to its natural state we are accused of some sort of Machiavellian plot involving federal authorities and sea life. We are only concerned about making a place better than it was when we found it, not trivial lawsuits. Mayor Cravalho may think our project and the restoration of a species is laughable, but we don’t. We find our opponents constant attacks disheartening. It’s too bad they care more about preserving a tourist’s right to drunkenly run into the surf than protecting the pristine natural areas around the island and the health of the coral.”