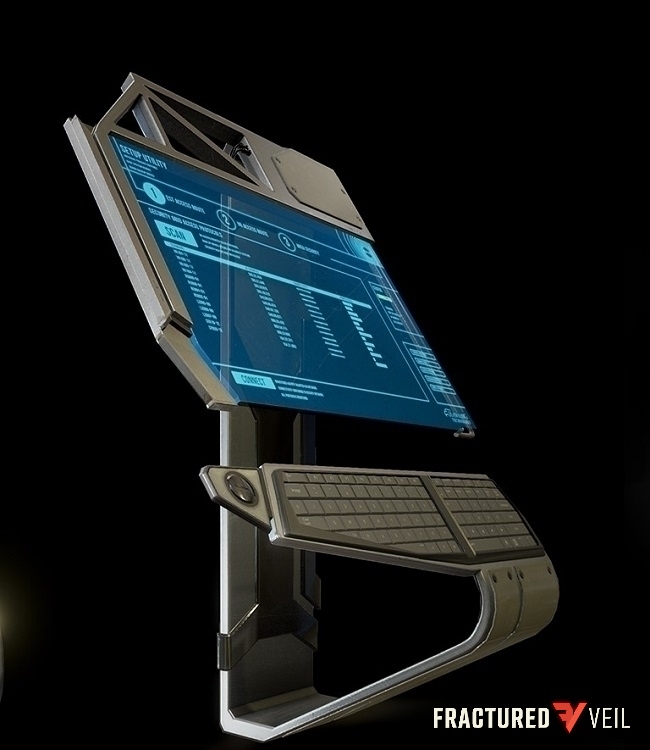 from: Brandon Kama
to: Greg Iona
date: Fri, May 16, 2031 at 4:53 PM
subject: Securing the Computers In the Preservation Zone

I know I’m supposed to go through official channels with complaints and concerns but we have an ongoing issue with the Phxicom terminals out here that I’d like to get addressed. I’ve sent my concerns up the chain of command, and called the head Forestry and Wildlife office a handful of times with no response. I know you and Tom are good friends so I was hoping you could talk to him for me because I’m not sure the messages are getting to him.

In case you didn’t know, The Division of Forestry and Wildlife partnered with Phxicom last year to install terminals along the trails and key points of interest in the Preservation Zone. It’s been a hit with the tourists. A visitor who buys a lifetime pass from the Department of Land and Natural Resources gets a key that can be used at any of terminals in the zone. The key keeps track of where you’ve been and displays it on an overlay. It points out places that might be of interest to you and how far away they are based on how fast you’ve been traveling. They added a bunch of other features this year like a geo-location app so you can identify where pictures were taken, and a bird song identifier. Our troubles began soon after that.

We began to notice that a large number of guests had keys. That didn’t seem like a problem at first until the membership report came in and the math didn’t work. According to the main office only 13% of visitors paid for a lifetime membership. Then we got a complaint from a tourist that a key was stuck in one of the terminals. When we discovered that the key was a poorly made knockoff, my mind immediately went to Ano Lee and his gang of degenerate builders.

I don’t know if you’ve ever had the pleasure of going up there, but everything they say is true, it’s surreal. The first thing that hits you is the smell. It’s like someone filled a sweatsock with ranch dressing, breaded it with salt and vinegar chips and deep-fried it. I swear one of the cops I was with gagged when we walked into the printer shed. I know they have this fantasy that they’d be able to rebuild society, or would survive better because of all that maker stuff, but if mankind had to count on them after the apocalypse I’d rather swim out to sea and take my chances with the sharks. Of course nobody knew where Ano was and gave us the runaround so we kept looking.

Eventually we made it over to that dayglow nightmare they call the tchotchke hut. At least the smell there was manageable and you could barely hear the racket of all those printers, I can almost see why it’s so popular with the tourists. We started looking around and at first all we find is the usual plastic crap you’d expect. Then I started finding some really weird stuff at the back of the shop. They had a section of solar-powered toothbrushes of every color you can image and a waterproof toatser oven. I turned around to point it out to the police and noticed a box sticking out from under a shelf. When I pulled it out I saw it was filled with counterfeit keys.

Long story short, they made a deal with the prosecutor, paid a fine and ended up repairing some of the benches along the trails, replaced some signs, that sort of thing. I thought that was going to be the end of it but I should have known better. Over the last few weeks someone has been stripping parts off of the terminals and leaving some not-so-tourist-friendly images on the most visited machines. Whoever is doing it has been careful but has left a trail a couple of times. I think you can guess what direction the trails have led. I’ve called the cops multiple times of course, but they haven’t found anything up there yet.

I’ve been asking for more rangers to patrol the area but haven’t heard anything back. I understand that there’s budget issues to consider, but I feel like this is a great program that is being ruined by a group of extremely vicious and dirty ne’er-do-wells. I’m not sure if Phxicom has a model that’s tougher to dismantle quickly or something. This is a great promotion for them too and maybe someone over there should take a more active interest in helping us out. I don’t know. Hopefully you have a solution or can at least pass my concerns on to someone who does. Thanks in advance!